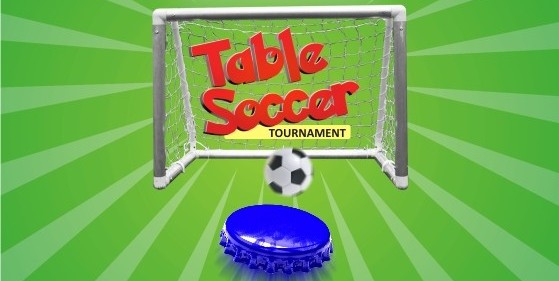 We are at it again, after the successful release of the Table soccer game on Android. We are now taking it a step further by organizing a tournament to enable our players show themselves who the real champ is while having fun.

The tournament is designed in a normal league format where each player’s wins, draws and losses are recorded to determine his/her point in the game. The player, then plays against the computer to accumulate points till 6th November to be amongst top 16 finalist that would then qualify for knock-off stages on 8th November.

In the Knock-off states players would play against each other via Bluetooth starting from the first round and knocking each other off through to semi-finals and then final. Players can also increase their chances of winning by unlocking stronger teams within the game.

Find below details of the tournament:

One Response to University Of Lagos Table Soccer Tournament